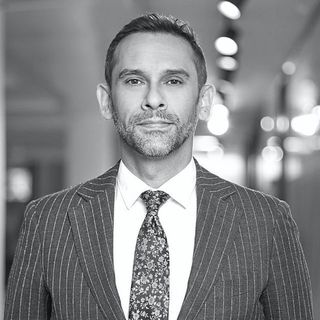 Nasir is CEO of The LHoFT Foundation - The Luxembourg House of Financial Technology. He sits on the IMF’s High Level Advisory Group for Finance and Technology. Nasir is also a Council Member at the British Chamber of Commerce in Luxembourg and the British-Luxembourg Society. He has been a Non-Executive Board director at Skandinaviska Enskilda Banken (SEB) S.A. Nasir spent 13 years working within Capital Markets at RBS, ICAP, HSBC and EBS. He has been immersed in the Fintech sector since 2011. Nasir has built multiple businesses, including a bank, commercial lending and payments firms. He has lived and worked in 8 countries across the Americas, Europe and Asia. Nasir has a BSc from the London School of Economics and is a Sloan Fellow from London Business School. Nasir is British and has lived and worked in Luxembourg since 2016. He was awarded "Officier de l'Ordre Mérite du Grand Duché de Luxembourg" in 2022 for his services to Luxembourg.

Curious to find out what #TBSCONFL23LUX has to offer? Reserve your seat!

Get your tickets here!